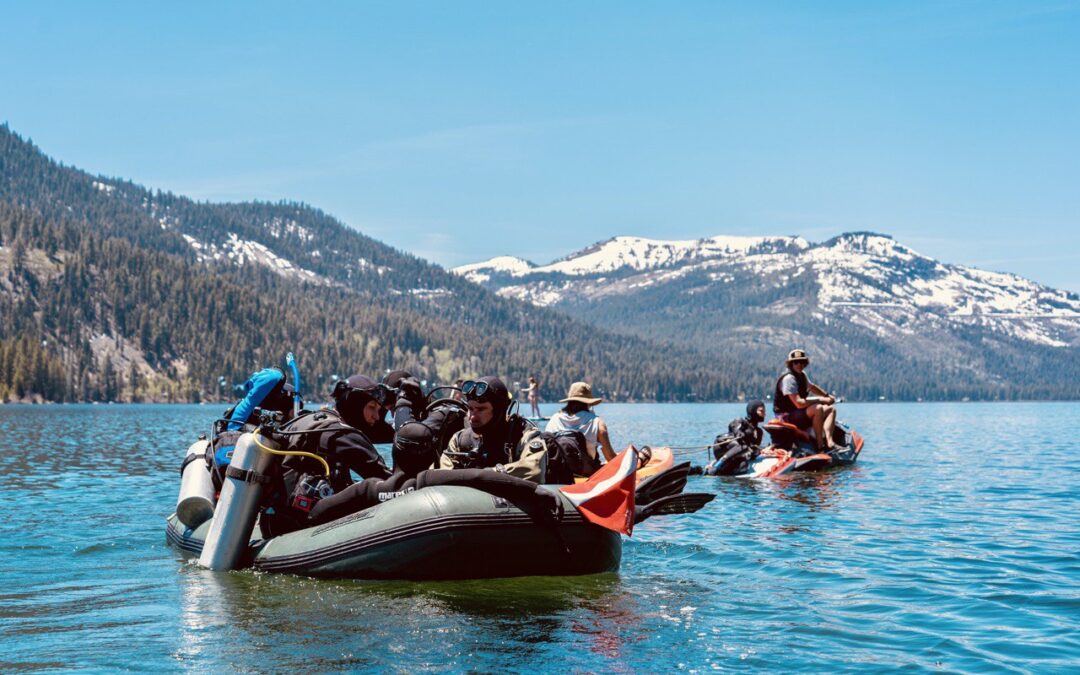 Clean Up The Lake got their start with Donner Lake in 2020 and (since they have recently finished their 72 Mile Clean up of Lake Tahoe removing over 25,000 pounds of trash) they are excited to be returning to Donner Lake. What was initially going to be a monitoring project has evolved into an an all-hands on deck clean up project that resulted in an immense amount of litter being removed from below the surface in just two weeks!

Since their initial clean up of Donner Lake, Clean Up The Lake 501(c)3 (CUTL) has developed multiple protocols while removing over 5151 lbs of litter during their initial clean up of Donner Lake. This year CUTL has removed over 1373 lbs of litter from Donner Lake in only 2 days! CUTL is also returning to Donner Lake with a new plan to track locations where heavy lift items are removed, hot spots & other unknown discoveries. This data will also include information on invasive species and algal bloom issues. The data gathered is extremely important to perfecting their preservation efforts.

Support Clean Up The Lake!

Clean Up The Lake still needs the support of the Truckee-Tahoe community to help them continue to protect Donner Lake on this project and for years to come!